This week started off so promising. 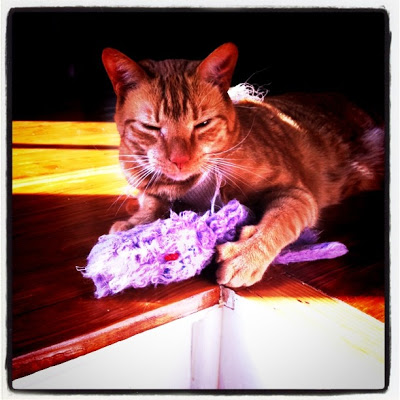 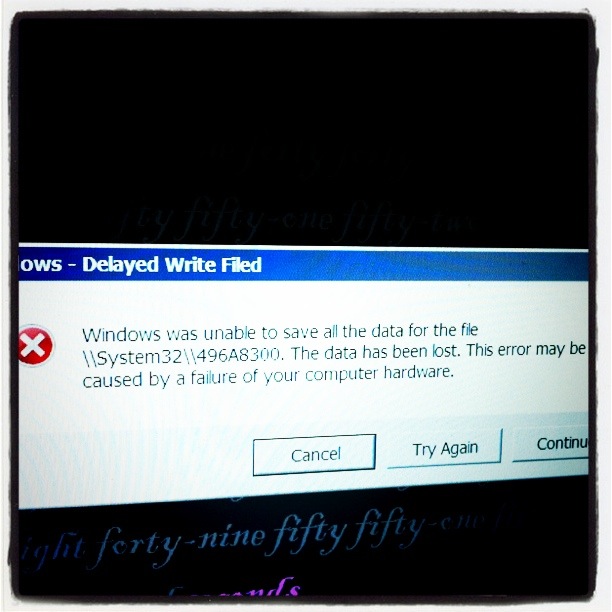 And the work week ended like this… with no end to the problems in sight even today.

But I let it go with the help of some grilled cheese,

And kamakazi shots with my neighbors which somehow ended up having a fire show:

At least we had Monday off to have fun.  I went swimming with my Little Sister

and ended up with a bit of a sunburn.  So Summer is really here!
Hope you had a better week!
;  )
Luv,
Poochie

It’s been a rough past week around here.  The husband was out of town so I was on patrol taking care of work, the house and all the animals.  Oh yeah, and my computer and back-up external drive all crashed. So I’m just now catching up!

And a vintage hat. 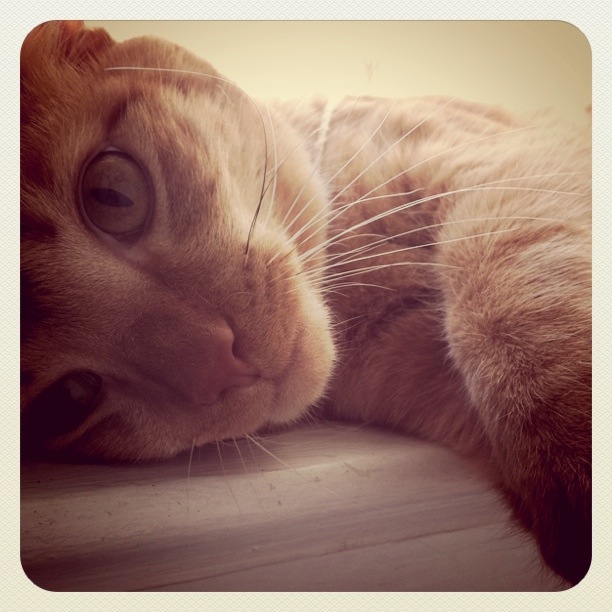 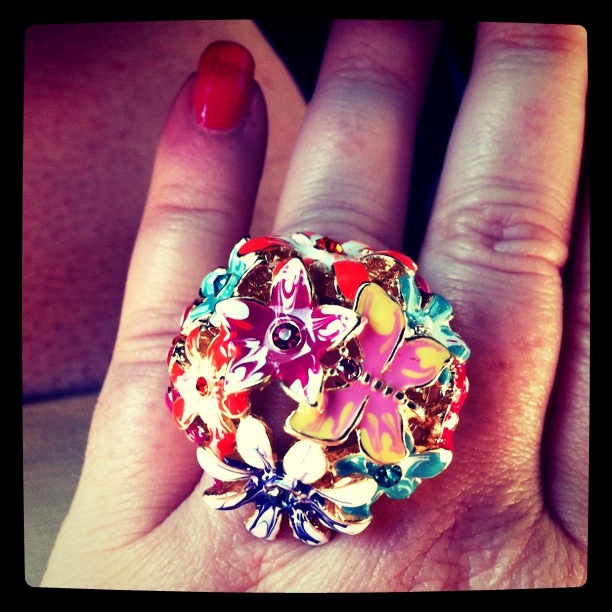 And then the bounty of the Farmer’s Market 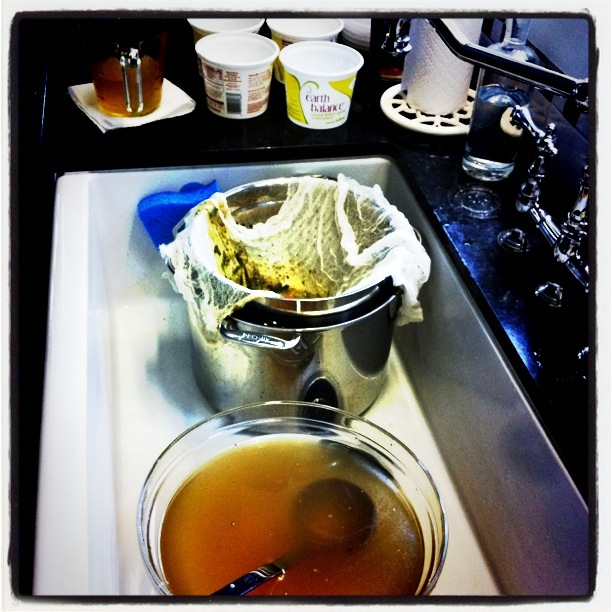 One of my favorite tasks – making veggie stock!

Hope you had a good week.  Now that I’m getting my life back in order, I’ll be better on updating… barring any other technological problems! 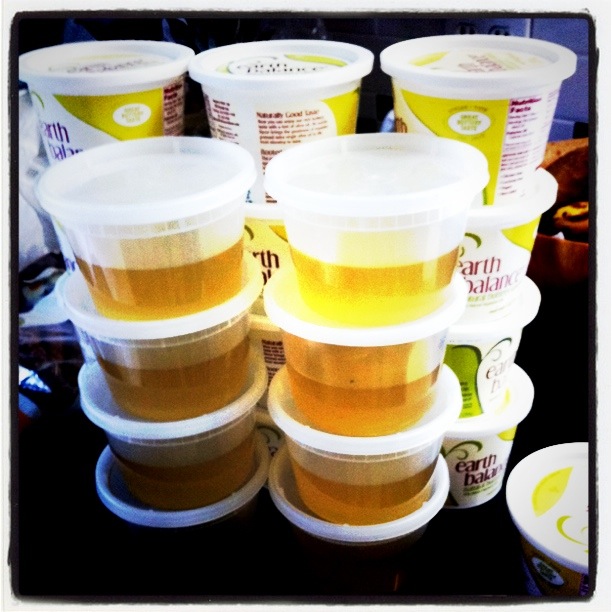 Eminently impractical and I already have a representative pair from the season, but I am sighing over these Miu Miu fluorescent spat heel/boots.

Must talk self out because I’ve more than reached my limit of shoes for the month (heck, the rest of the year!) 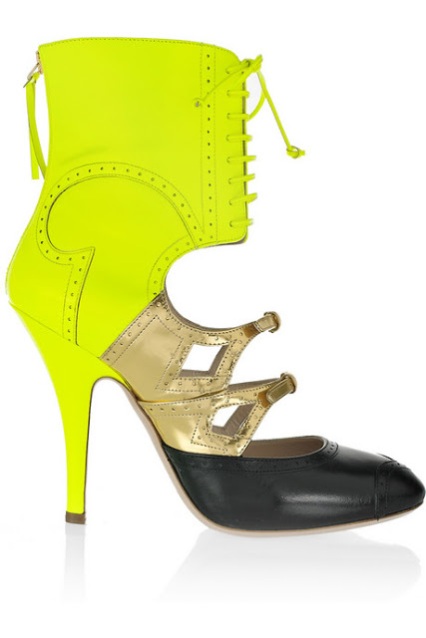 I’m totally loving these “Drippy” sneakers by BBC/Ice Cream. Now I just need to track down a pair outside of Japan or Europe… oh yeah, and in my size!

Japanese research project team Nerowear’s “Necomimi” flops down as a visitor relaxes when she smells lavender oil at its promotional event in Tokyo. The strap-on cat ears have abilities to wiggle, twitch, perk up or flop down by responding to user’s brainwaves.

Of course this is from Japan, gotta love them:

TOKYO – In Japan, they’re all ears for the latest in hi-tech fashion. The stylish headgear, a set of white ears that move according to the wearer’s thoughts and emotions, is called “Necomimi” — “cat’s ears” in Japanese.

With two brain-wave sensors, Necomimi can detect and interpret the emotional state of the wearer, expressing it through four distinct movements.

The ears shoot up with the wearer is nervous or focused, but flatten when the person is relaxed.

During a specific activity like a game or reading a book, in which the user may be relaxed and focused at the same time, the ears swirl around in a circular motion. When brain activity is low, they flap gently back and forth.

The science of neuro-control is being developed in labs all over the world as a way to help the disabled or victims of ‘locked-in’ syndrome, where a patient is awake but unable to move or communicate, but Necomimi’s creators at a firm called Neuroscience wanted something for all to enjoy.

The cat theme required some tinkering, though.

“For example, when cats are frightened or want to scare away an enemy, they flatten their ears. But with Necomimi, flat ears mean a relaxed state of mind,” said Kana Nakano at Neurowave, one of Necomimi’s creators.

“We have changed the meaning to suit human perceptions. To humans, it’s kind of cute when cat ears are flat. So the most difficult bit was to fine tune cat ear movements.”

In Switzerland, scientists are adapting neurowave technology for wheelchair users, while in Germany, it’s being tested as a means for operating a car.

While the cat ears may seem like a trivial approach, the developers say the technology could be adapted as a communication tool for those who may be reclusive or shy around strangers.

For now, however, Necomimi is aimed at the curious and the fashion-conscious.

“I find it amusing that cat ears were moving in conjunction with my feelings,” said Misa Tokuizumi, a dentist.

Neurowave says it plans to launch the Necomimi internationally later this year at a price of several hundred dollars per unit.

I didn’t make many purchases in New York but one thing I did buy were these Nola tights from Wolford. They’re $55 which is pricey for tights, but the quality is so good that they really are worth it. Considering my two other pairs from Wolford have lasted 8 – 12 years, I think I’ve had my money’s worth.

Plus when you just show your husband the package and he says “Whoa, sexy”, that’s a pretty good return on investment!

When I went into DSW and was struck by the “imitation” of the other Miss America sandals, I do admit I found these sweet wedge sandals. I’m not big on wedges or platforms but these were just so cute! 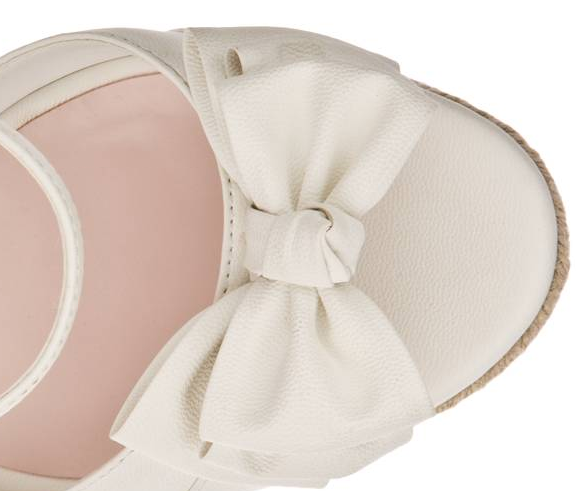 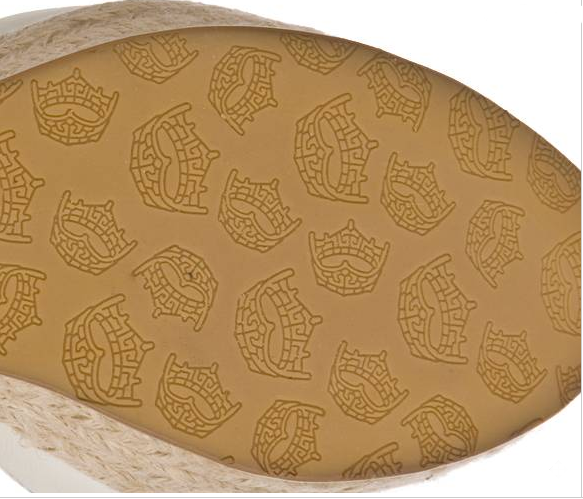 I didn’t even notice this until I got them home but now I love it.

I didn’t realize that it was going to be so chilly in New York (or in NC for that matter) in mid-May.  I’m so glad I ended up packing my vintage red trench.  It was the perfect weight, went with everything, is a great bright color and waterproof!

I wore it paired with my new JCrew Maritime dress and Franco Sarto sandals plus a woven belt from Target.

The best part of this dress, aside from the comfy slightly-heavyweight fabric, are the side zippers.   I love having them totally unzipped to make the dress even swingier. 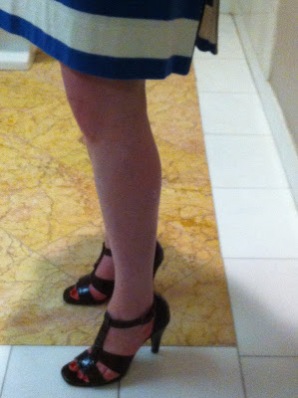 These sandals are also perfect with the dress.  A great neutral contrast to the bold colors.

Sorry I’ve been MIA here.  I’ve been in New York, running around and taking Instagrams.  Sadly my hotel’s wi-fi is kind of slow and not free (!!!) so I haven’t had a good opportunity to post.

I’d had my whole wardrobe planned for late spring weather, filled with florals and stripes.  Luckily, I brought my wellies and vintage red trench because I had to wear them almost every day.  It was chilly!

I stopped by asap to see their McQueen windows in preparation of the exhibit at the Met
(more on that soon!)

Sermoneta has the prettiest gloves. 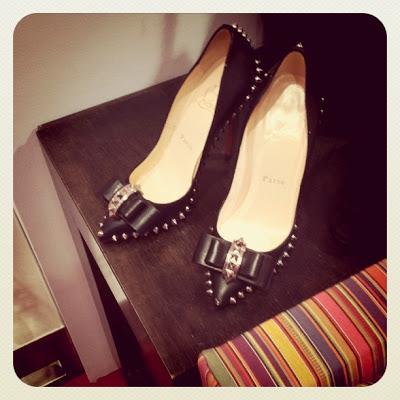 I tried these on at Berdorfs and at the Louboutin store.  I ended up wearing a size 34.  That’s just crazy.  I can’t believe they even had that size.  Louboutins vary so widely in their sizing! 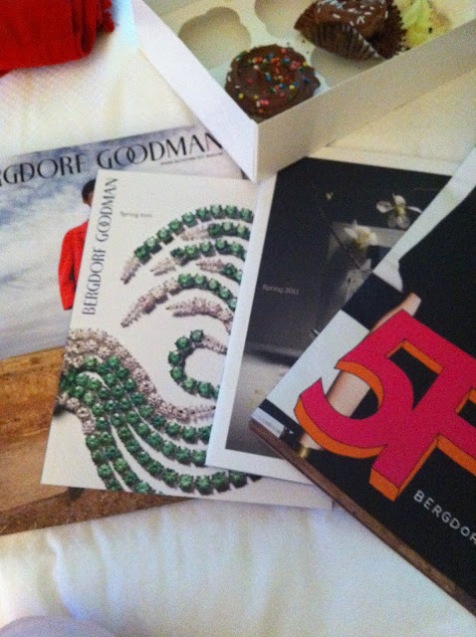 I made a point to check out the Union Square Green Market where everything was gorgeous.  I had lunch in the park surrounded by the smell of lilacs. 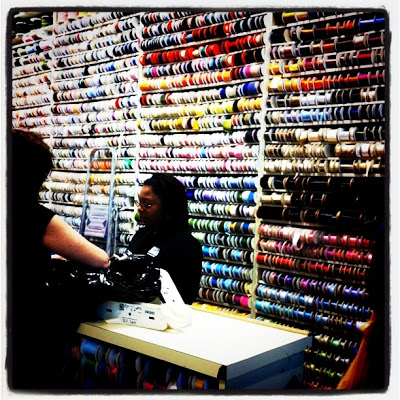 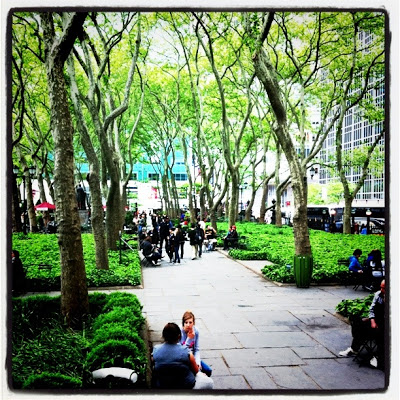 Bryant Park is prettier when not covered with fashion tents.

I ended the week at Chelsea Market.  Someday I hope to be shopping there more regularly.
More outfit and event posts to come but wish me safe travels home in this rain.

Thank you all so much for answering my poll!
I’m going to leave it up in the right column for a few more days but it’s been really great getting your comments and answers.  Overwhelmingly you’ve said to keep on keeping on, so I’m re-inspired to do just that.
More shoes and More daydreams await!
Create your website with WordPress.com
Get started
Loading Comments...